View Original Article at ABC 15
SCOTTSDALE, AZ — It’s been a long, hot week across Arizona – so pour a cold one, and know that when you do, you’re doing more than just quenching your thirst!

Andy Berens and Tod Rawson own The Spot Neighborhood Grill in North Scottsdale, right off Loop 101 and Pima Road.

For these restaurant pros, owning their own places goes way beyond the burgers and beer.

“We want to be a part of the neighborhood,” says Berens. “If you were to be in here at 4 p.m., you’d see Tod and I greeting people by name that’s coming in the door because that’s who we are. We want to get to know who comes into our restaurant and who’s in the neighborhood.”

And these two really put the emphasis on the “neighborhood” portion of that equation.

“Everybody goes through things in their lives. We’ve all had the history and I think it’s important to realize that if we have the ability to help someone, let us help someone.”

Throughout July, The Spot is taking action for teachers and students in two ways. First, with their “Pints for Teachers” program, where one dollar from every Four Peaks beer sold will be donated to the Four Peaks for Teachers fund, and by encouraging their customers to donate school supplies.

According to a 2021 survey from Savings.com, 89% of teachers spent their own money on school supplies. On average, those teachers are spending $511 of their own money — but some reported in the survey that they spent more than $750.

“What makes you want to give at a time where so many people are hurting?” ABC15’s Nick Ciletti asked.

“I like to say we’re blessed,” Berens said. “We’re blessed with an opportunity to give back. I know first-hand being a parent how hard it is to go through back-to-school shopping and then it doesn’t stop there. It’s a year-long process of making sure your kids have enough.”

“Like Andy said, we’re part of the community and we want to make sure our future generation has a chance and a good chance,” Rawson said. 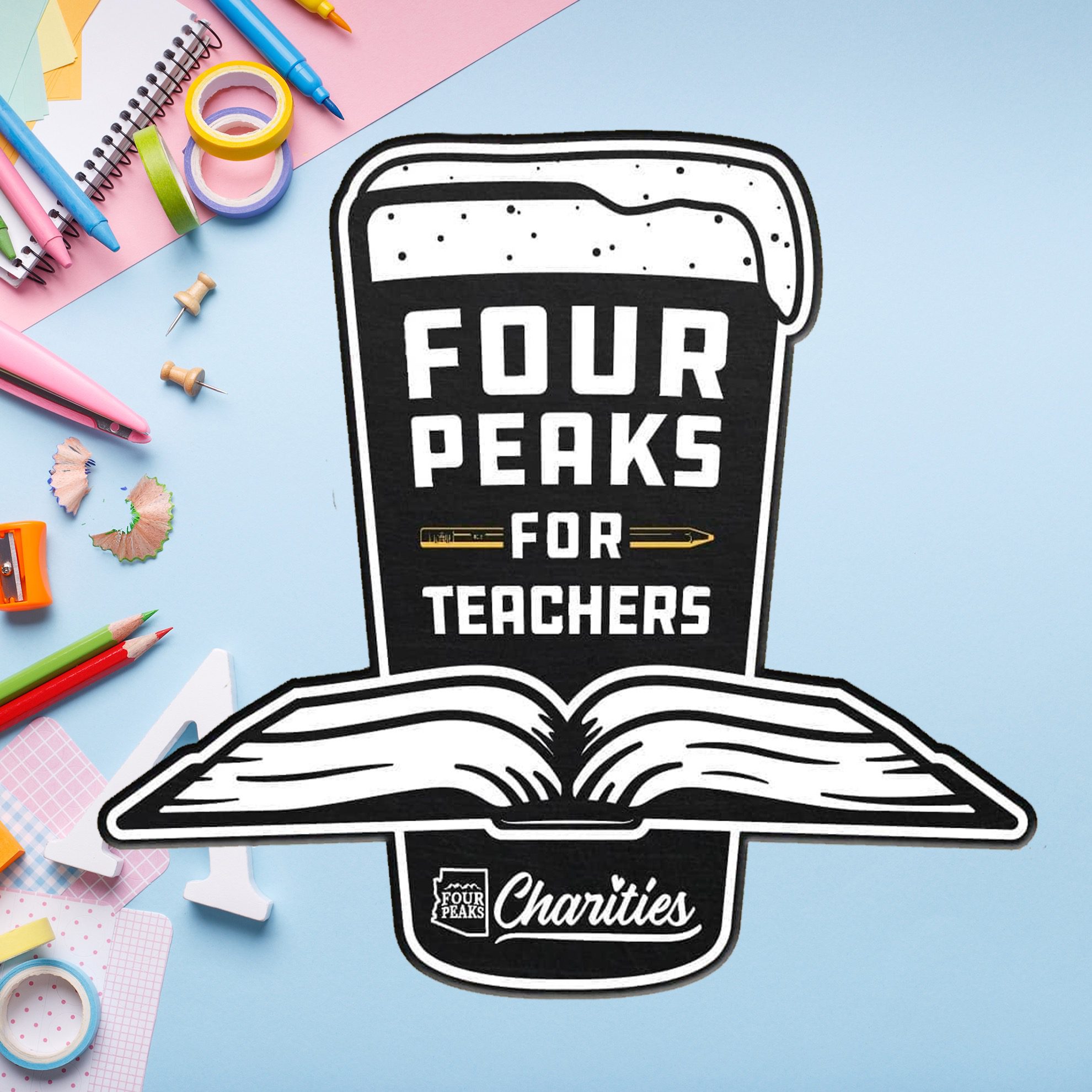 Jim Scussel was sipping on a Kilt Lifter at the brewpub when he overheard something that thoroughly upset him. A group of teachers gathered for beers after a particularly tough day of class; we discussed the lack of supplies—even essentials like pencils and paper—provided for their students by the school where they worked. Joining the conversation, Scussel learned that this was not a unique problem. Tight education budgets regularly lead to shortages of classroom essentials, and teachers across the nation often spend their own money—sometimes hundreds of dollars a year—to make sure their students have the learning tools they need. So Scussel knew he had to help.

So, in the summer of 2011, Four Peaks rallied customers, staff, and family to donate supplies for teachers to pick up at the brewery. The initiative, which came to be known as Four Peaks For Teachers, has since become an extensive, multi-state effort that has proven incredibly beneficial and rewarding to both the local teaching community and the brewery. A portion of every Four Peaks Kilt Lifter pint or bottle can help fund the supply. This year, we’re proud to distribute 10,000 school supply kits to teachers in Arizona, Nevada, New Mexico, and South Texas. In addition to the supply kits, 11 lucky teachers in 2021 have the opportunity to apply for cash grants used to purchase additional supplies for their classrooms.